Thank you for your support!

AAIM TO MAKE A DIFFERENCE 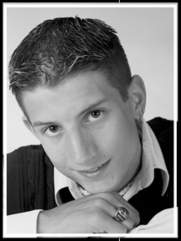 My son, John, lost his life at the age of nineteen in a underage drinking, impaired driving crash on August 30, 2002. The week of the crash, John had just started his sophomore year of college at Butler University in Indianapolis.  When John left home for college he had a GPA of 3.75; he was given two academic scholarships to study Pre-Pharmacy at Butler.

John was a great kid; he genuinely cared about people and gave from his heart.  He had an awesome sense of humor and could change your mood with just his smile.  He was bright and always seemed so very driven.  There never seemed to be enough hours in his day.

John was a passenger in a car along with three girls that were in the back seat, one of which was John’s girlfriend.  The driver’s BAC (Blood Alcohol Concentration) was .13 when he hit a tree traveling over 65 mph. Everyone in the car was injured, John was the only one that lost his life.

Nineteen years have passed since John’s death.  This year, he is gone as long as he was alive. I look back through the years and wonder what he would look like today. Where he’d be in his career, would he be married, would I be a grandmother?  It’s heartbreaking to think of what will never be.

Today, I try to live my life with the same passion John had.  I’m committed to living every day to the fullest with little regret and to share in life’s joy with my family, friends and my youngest son, Kevin and what the future may hold for him.

A mother’s heart is always with her children.

We are recognized as a 501 c 3 charity and participation and donations are tax deductible.